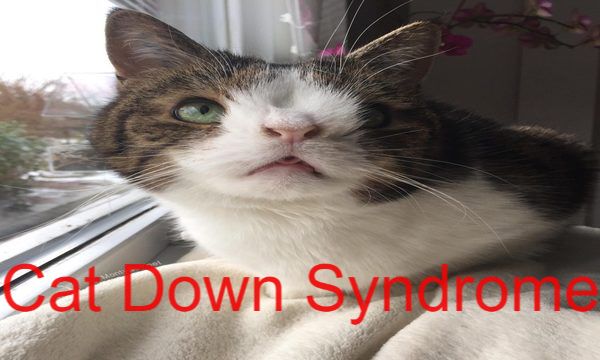 WHAT IS DOWN SYNDROME?

To understand this condition, it is better to figure out that what is down syndrome. Down’s syndrome is a genetic abnormality of chromosomal level. It occurs in human babies, and they are born with an extra 21st chromosome.

We also know this condition as trisomy 21. Chromosome 21 is an autosome that controls many facial features of the fetus. They are not sex chromosomes. Therefore, the gender and gender-related functions remain normal in the newborn.

The life expectancy of these patients is lesser. They do not survive. Usually, the fetuses are stillborn or die during mid-pregnancy. However, if they survive, they face both mental and physical disorders.

Patients with down syndrome have the following features:

WHAT CAUSES DOWN SYNDROME?

In babies with down syndrome, the chromosomes cannot separate during meiosis. Because of this separation failure, the 21st pair gets an extra chromosome making a trisomy.

This trisomy causes physical and mental abnormalities during fetal development. This trisomy can occur in all cells of the body. Sometimes, there are some normal cells; this condition is called Mosaicism.

There are many genetic disorders in which chromosome number increases. However, we cannot classify them as Down syndrome. Down syndrome only occurs because of trisomy at autosome 21.

WHY DOWN SYNDROME DOES NOT OCCUR IN CATS?

Cats do not have 21 autosomal chromosomes. The cats contain 38 chromosomes, out of which only 19 are autosomes. So there can be chromosomal abnormalities but, in cats, we do not call this down’s syndrome.

Cats can have physical and mental abnormalities because of chromosomal aberrations. Some of these are known, while other symptoms are difficult to identify. The cats that are said to have down’s syndrome contain features like:

TECHNICAL ASPECTS OF DOWN SYNDROME IN CATS:

There are some logical reasons cats cannot suffer from down syndrome. The primary reason for this is that cats do not have 21 autosomes. They have 19 autosomes. Therefore, they cannot have trisomy 21.

The second reason is that not all behavioral and psychological changes show genetic disorders. Cats are creatures with unique habits. Sometimes, it’s just a different individual characteristic of your pet. These strange characters can be both physical and psychological.

Usually, genetic disorders result from inbreeding generations over generations. If you have a pet cat with a known pedigree, you can find out the cause of genetic diseases. If you are a pet breeder and want to avoid these syndromes, avoid inbreeding.

Down’s syndrome is a genetic condition, and it usually occurs in humans. Cats can have genetic abnormalities, but you cannot name them as down syndrome.

If your cat shows some signs of physical and psychological abnormalities, there can be multiple causes of this. For example, these signs can occur because of malnourishment, trauma, or any toxicity in cats.

The individual needs of a cat suffering from down syndrome vary according to its features. However, for a cat diagnosed with Down’s syndrome-like symptoms, they need proper nourishment and care.

These cats usually suffer from hearing and vision loss. They cannot communicate their needs properly. Therefore, it is necessary to take care of their nutritional and psychological demands. You must pay more attention to your cat’s behavior.

No, all canines do not suffer from Down’s syndrome. Only those animals can have Down’s syndrome in which there is the 21st pair of autosomes. However, the chances of these genetic disorders are still low.

Down’ syndrome occurs in animals like chimpanzees, tigers, gorillas, etc. However, cats and dogs do not suffer from Down’s syndrome.

Down’s syndrome is a disorder that occurs in humans. It is a genetic anomaly that takes place because of trisomy 21. It affects both the physical and mental capabilities of the patients. Usually, the fetus having such genetic abnormalities does not survive. However, if they are born, they have both structural and functional disabilities. 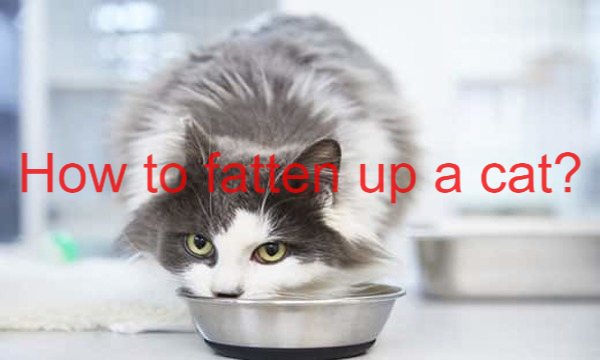 If your cat is skinny, then the best method to fatten up a cat is to switch its normal food for kitten food having calories and essential nutrients. Cat food is best because it has a high concentration of protein as well as fatty acids. Additionally, you must gradually enhance the quantity of food you… 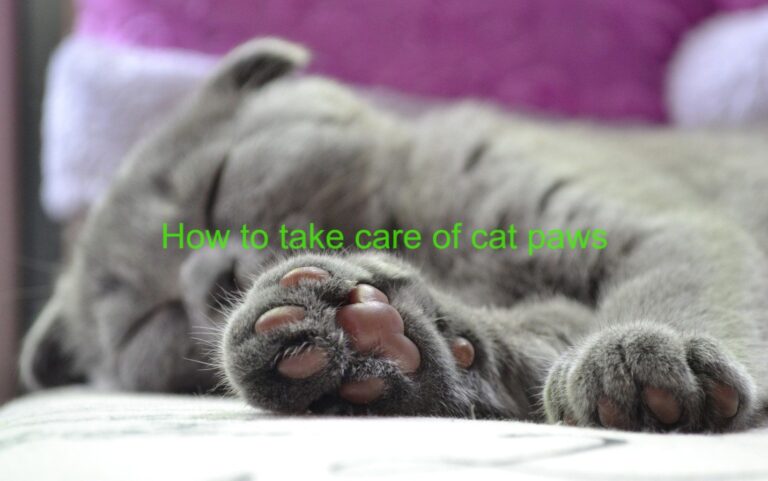 A significant aspect of your cat’s overall care is looking after her paws. If you have a cat, you should look after its paws. Here is a quick guide about how to take care of cat paws. Imagine cats’ paws in action. A cat’s paws are constantly in motion. Keeping cats’ paws healthy and strong requires regular… 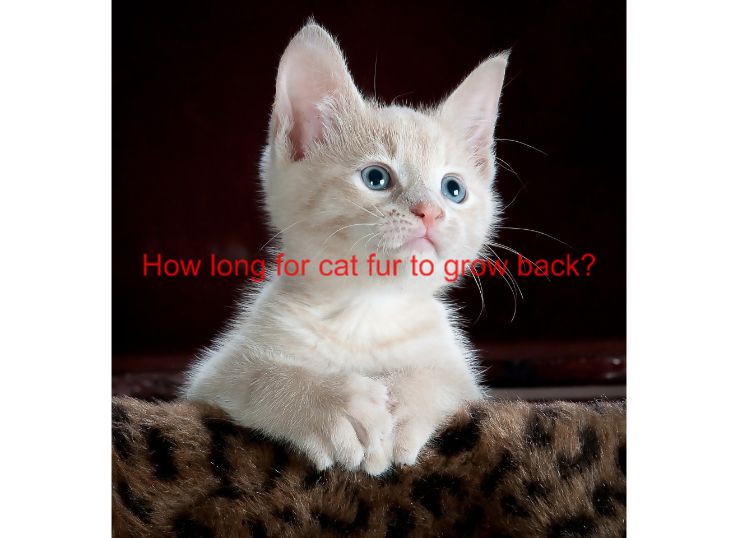 The risk of hair loss is the same whether you just had surgery on your kitten, if you groomed your long-haired cat every day, or if you took in a rescue cat. It will be interesting to see how long for cat fur to grow back. Keep reading to learn how long it takes for… 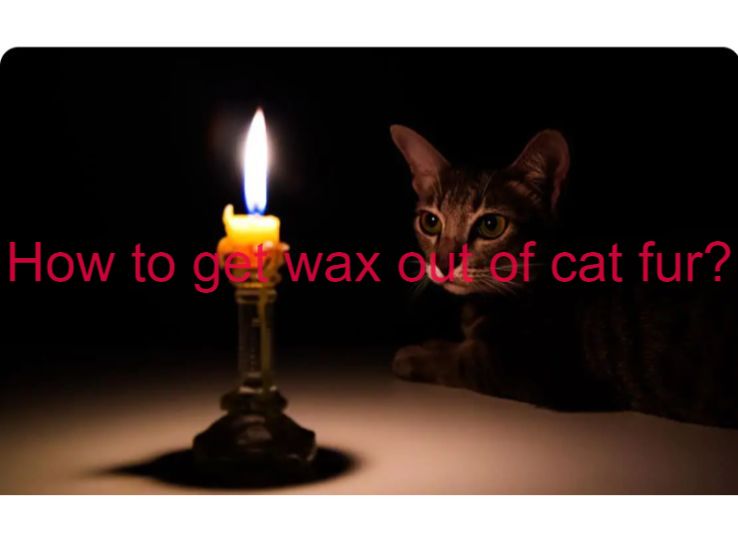 Every cat owner knows that cats can get themselves into trouble easily. Although you kept your cat away from the candle and kept an eye on it, your cat did manage to get to it. Your cat may get wax on its fur from messing with the candle. To learn how to get wax out… 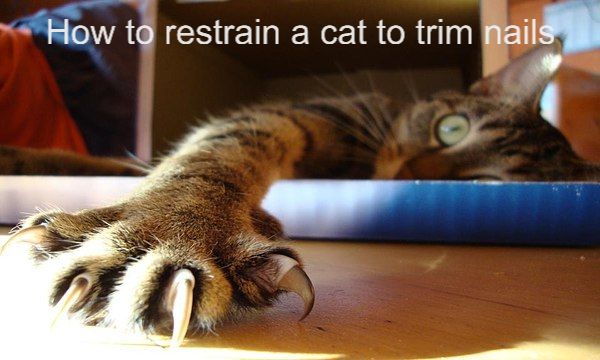 Does your cat go away when the nail clippers became visible? Do you need to wrap your kitten in a towel to provide her a manicure? Look into the following guidelines for getting your cat to relax during nail trimming, converting nail-clipping sessions into pleasant, organized time. In this article, you will know how to… 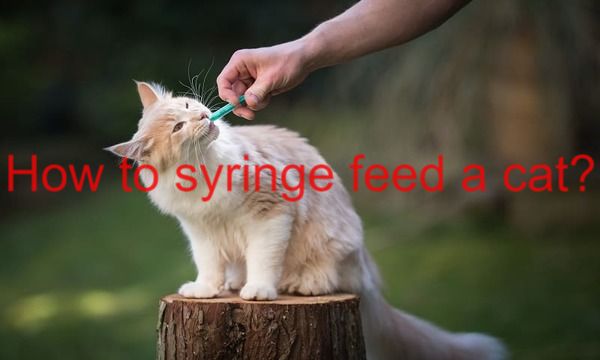 Your cat might not be consuming well on her own for numerous reasons, for example, current surgical treatment or not feeling well. You can syringe feed a cat or assist-feeding to make sure that your cat is well-fed. This is achieved by feeding a cat her regular wet food or recommended cat food as suggested…